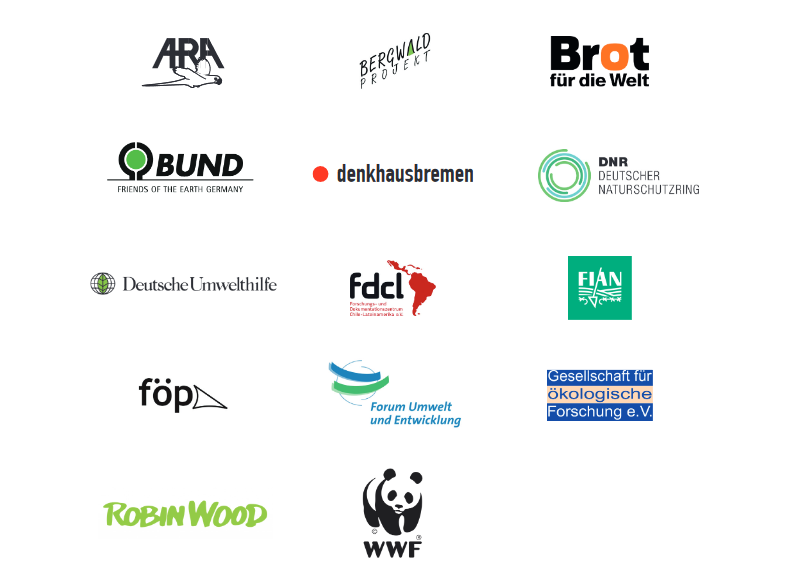 The Ukraine war is causing immeasurable suffering: Civilians are being displaced or even killed. The fighting soldiers also suffer trauma, torture and death under the cruelty of war. Beyond this horror, the war once again exposes failures of the world food system and further increases the chronic global crisis of hunger. Most affected are states and people in the Global South who have lost food sovereignty. For the world‘s 828 million hungry, it becomes evident once again that global supply chains are not designed to feed them.
These developments clearly show how hunger is further exacerbated when agricultural commodities are made scarce and expensive by nervous markets. An industrialized countries’ shift from a fossil-based economy to a bioeconomy would result in similar negative effects, if the industrial agricultural system and our resource overconsumption remain unchanged. Wealthy countries as well as transnational corporations would buy all they can to keep their „green“ economy going.

The German government is currently focusing on securing Germany‘s energy supply and accelerating the expansion of wind and solar power. At the same time, however, our overall consumption, as well as our system of agricultural production and the wasteful use of biogenic raw materials, would have to be put to the test as well. This is the only way to address the deeper causes of the chronic global food crisis. In this context, it does not help emphasizing the right to food and the principle of „food first“ in soapbox speeches while continuing with „business as usual“. Available land and other resources are limited and their use urgently requires clear prioritization in favor of food production beyond market logic. Currently, there are many examples of an unsustainable bioeconomy, like Brazilian sugar cane being used for bioplastics in beverage cartons or biogas made from corn that was over-fertilized with liquid manure.

The signing environmental and development associations call for a bioeconomy that is socially just and ecologically sustainable. In view of the Ukraine war, it is imperative that the following points be taken into account in the German government‘s implementation plans for the bioeconomy and for biomass use, as well as in the current debate on guidelines for agricultural production:

In view of the current food price and distribution crisis on the world markets, there are once again voices calling for nature conservation and environmental protection to be watered down in favor of increased agricultural production. Thus, existing political targets and agreements such as the Fertilizer Ordinance, the farm-to-fork strategy with its goal of 50 percent pesticide reduction, and current genetic engineering legislation are being attacked under the pretext standing in the way of necessary yield increases. Yet fighting hunger and protecting nature are not contradictions and should not be played off against each other. Without healthy ecosystems, the foundations of life will disappear. In the long term, the bioeconomy can only function within planetary boundaries.

This position paper was developed by the German Bioeconomy Action Forum.