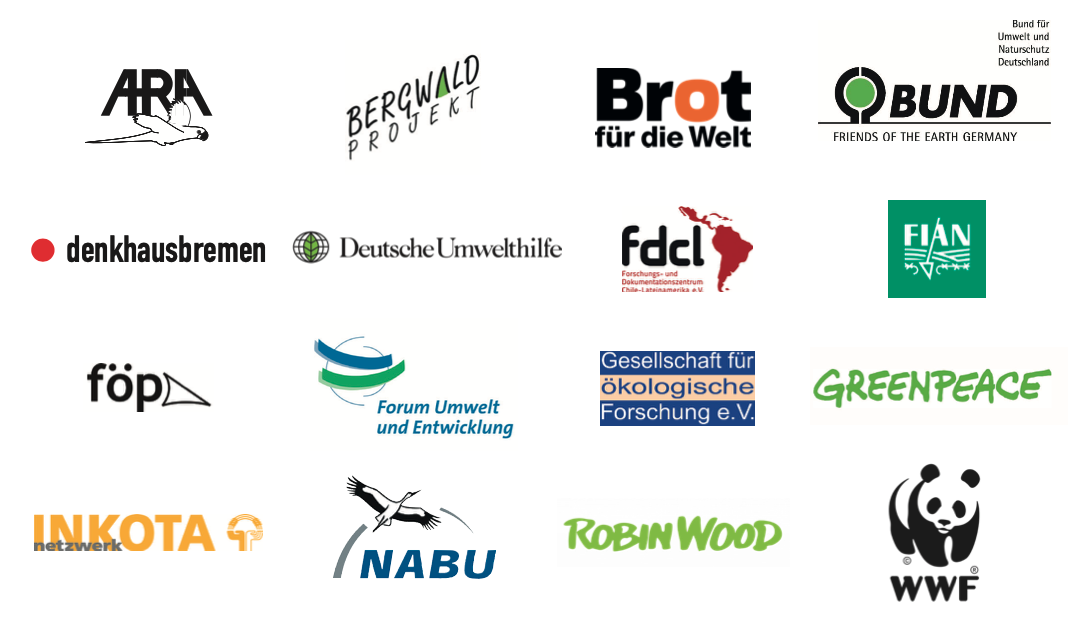 The bioeconomy can only contribute to a sustainable future if our economy is put to the test and undergoes a comprehensive socio-ecological transformation. The Bioeconomy Council should therefore advocate for clear policy frameworks and guard rails within which the bioeconomy can be shaped sustainably.

Due to the expected enormous demand for biomass, an indefinitely growing bioeconomy can become an additional threat to global ecosystems and the people who live on them. Already today, planetary boundaries have been exceeded in essential areas. In addition to the climate crisis and the massive change in land use, the loss of biodiversity and genetic diversity as well as the overloading of the phosphorus and nitrogen cycles show an excess that can destroy our livelihoods. Consequently, the bioeconomy also needs clearly defined growth limits to ensure economic activity within planetary boundaries.

A realistic picture of the potentials should guide the implementation of the bioeconomy. Aspects related to the common good, such as food security, water availability, biodiversity and climate protection, as well as access to technological progress, should take precedence over market criteria. Bioeconomy becomes a fake solution when fossil fuels are essentially replaced by bio-based raw materials and the question of potential and fair distribution is not asked.

A further expansion or intensification in cultivation would exacerbate the already considerable threat to our natural foundations of life. In contrast, it is necessary to further transform the current management of agricultural and forestry land as well as of aquatic ecosystems to ecological systems. Furthermore, more areas should be withdrawn from cultivation. The reduction of biomass potentials would be the logical consequence.

There is scope for additional natural resources. These can be tapped through the increased use of waste and residual materials. When biomass is extracted, however, ecological aspects should be observed, such as a sufficient proportion of deadwood in the forest and the preservation and development of healthy soils of agricultural land. Prioritising the material use over the energetic wood use as well as the conversion of former fodder- or energy crop cultivation areas, can provide additional biomass, but this must be done under conditions of ecological sustainability and social justice.

With a “business as usual” approach, the bioeconomy will not resolve the conflict that too many resources are being consumed in our growth-oriented economic model. There is no evidence that economic growth and resource consumption can be sufficiently decoupled. Even so-called green growth cannot be achieved without environmental damage. The bioeconomy can therefore only fulfil its promise of sustainability if it is accompanied by a significant absolute reduction in resource consumption.

German bioeconomy policy should fundamentally be measured by its global impact. So far, the German economy has been supplied with biological resources from abroad on a large scale due to its purchasing power. The fact that this often destroys the environment, violates human rights and fuels land conflicts, especially in the global South, is well known and documented. In business-as-usual scenario, the bioeconomy would further increase the need to import raw materials from the global South. At the same time, genetic resources and traditional knowledge from the biodiversity-rich countries of the Global South are used and patented, mostly without equitable benefit sharing. This debate has so far been completely excluded from the bioeconomy discourse. The covid-19 pandemic and the patents on biotech-derived vaccines, among others, clearly show how harmful patents are for a fair distributition of wealth.

The vague sustainability promise of the bioeconomy strategy

In its National Bioeconomy Strategy, the German government proclaims the bioeconomy as the economic form of the future that is to contribute to the preservation of planetary boundaries. The strategy selectively picks up central ideas of the sustainability debate and also mentions the importance of sufficiency and a possible “change in the economic system”. In addition, the importance of biodiversity and climate protection, soil fertility, food security and distributive justice is underlined.

However, it remains unclear how this sustainability promise of the bioeconomy strategy is to be fulfilled in its implementation – in particular with its subsequent global impacts. The newly appointed Bioeconomy Council should therefore commit itself above all to ensuring that the sustainability goals mentioned in the strategy are underpinned by concrete measures and proposals from the federal government. In detail this means:

Regulate biomass production and use

Binding instruments for the hierarchisation of biomass production and use should be developed in order to guarantee food security, distributive justice and the interests of nature, resource and climate protection. These should clearly commit to and apply the relevant principles of international law, such as the right to food. New lscopefor the cultivation of raw materials for the bioeconomy, for example through the conversion of large areas previously used for the cultivation of animal feed and energy crops, should be used in compliance with socio-ecological criteria. For wood biomass, there should be a clear priority for cascading material use prior energy use.

The realistically available biomass potential should be determined taking sustainability criteria into account. Subsequently, an ambitious and legally binding reduction target for resource consumption should be established. Furthermore, an upper limit for the consumption of biological raw materials is urgently needed. Approaches to promote sufficiency, cascading material use and the consideration of recyclability in product design play a role in achieving a reduction in consumption.

The implementation of the bioeconomy must not lead to a further intensification of land use and the transgression of planetary boundaries. Industrial agriculture is the main driver of biodiversity loss and should therefore be replaced by forms of management that promote a structurally rich agricultural landscape. Furthermore, the bioeconomy must not put further pressure on forest ecosystems, which are already under heavy strain due to the climate crisis. Only more extensive management models should be pursued here as well, so that forests can perform their important functions – including climate protection and food production. Furthermore, it must be ensured that biomass production does not negatively affect the quality of aquatic ecosystems as well as competing uses and the availability of water as a resource.

The bioeconomy must not become a strategy to justify the use of genetic engineering processes in agriculture, and the massive funding of genetic engineering application research should be ended. In the last decades, this has not – as propagated – alleviated the high use of pesticides, cultivation in monocultures and the creation of dependencies, but on the contrary has rather fuelled them.

A large part of the German population rejects the genetic modification of crops and livestock. European jurisprudence has confirmed that newer genetic engineering processes such as CRISPR / Cas or Gene Drives must be subject to the same safety regulations as classic genetic engineering. The existing genetic engineering legislation must not be weakened in the course of the bioeconomy. The precautionary principle and risk assessments must be fully maintained and implemented. This also applies to genetically modified microorganisms.

The global cultivation of balanced and healthy food as well as access to water and aquatic ecosystems by indigenous peoples and smallholders should have clear priority over other bioeconomic applications. 2.7 billion people worldwide secure their livelihoods through access to land and other natural resources. To ensure that the bioeconomy does not threaten their livelihoods and displace local food cultivation, its regulation must not be left to market forces. Therefore, regulatory instruments must be developed, in particular on the basis of the human right to food, in order to politically ensure priority for food production and the rights of use of smallholder producers.

New priorities urgently need to be set in public research funding for the bioeconomy. Significant shares of the research funds provided by the federal government to shape the bioeconomy should be used for research into alternative concepts beyond the industrial market and exploitation logic. Funding should be directed towards social and ecological innovations and transformative solutions in land use, such as agro-ecology, and in residue and waste utilisation. Sustainable land use concepts and biotech applications that can contribute to reducing the pressure on agricultural land should continue to be considered. How bioeconomic applications can reduce overall resource consumption should also be addressed. Society should be involved in transdisciplinary research approaches.

To ensure broad societal participation in the implementation of the bioeconomy, the participation of civil society and citizens at eye level is indispensable. Conflicting goals should be clearly identified, and critical positions and the interests of future generations should be taken into account. The federal government should provide suitable procedures and sufficient resources for their implementation.

The core of the implementation plan for the federal government’s bioeconomy strategy must refer to the goals, values and rules of the Paris Climate Agreement, the Convention on Biological Diversity, the human rights conventions and the Committee on World Food Security. It must be designed in such a way that it is coherent with other relevant policy processes that focus on environmental sustainability and social justice. It should also be aligned with the EU Biodiversity Strategy’s goal of placing 30% of the land areas in the EU under protection and thus withdrawing further areas from use (including for biomass production). 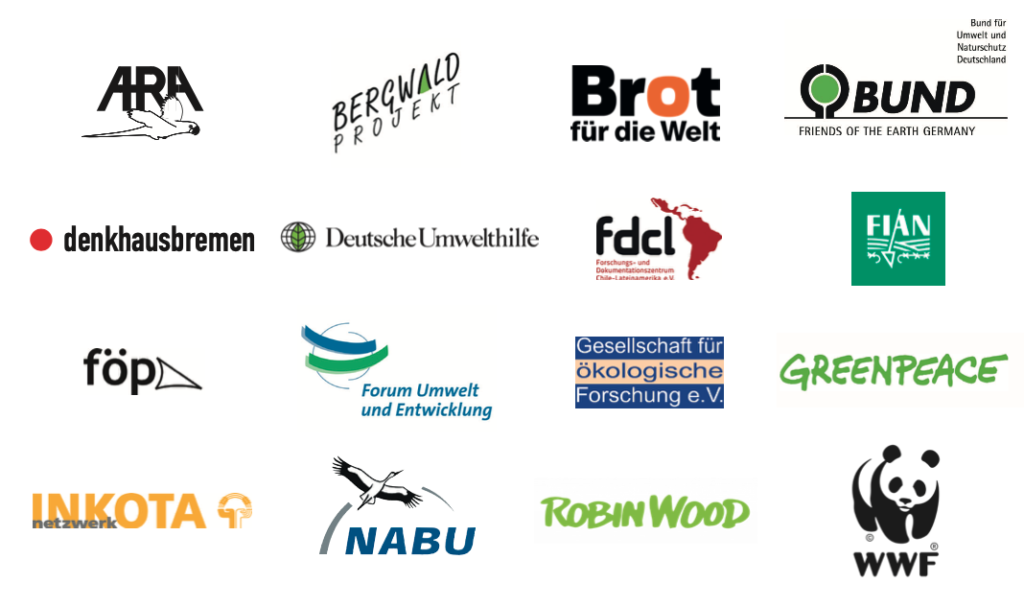 This impulse paper was prepared by the Bioeconomy Action Forum.