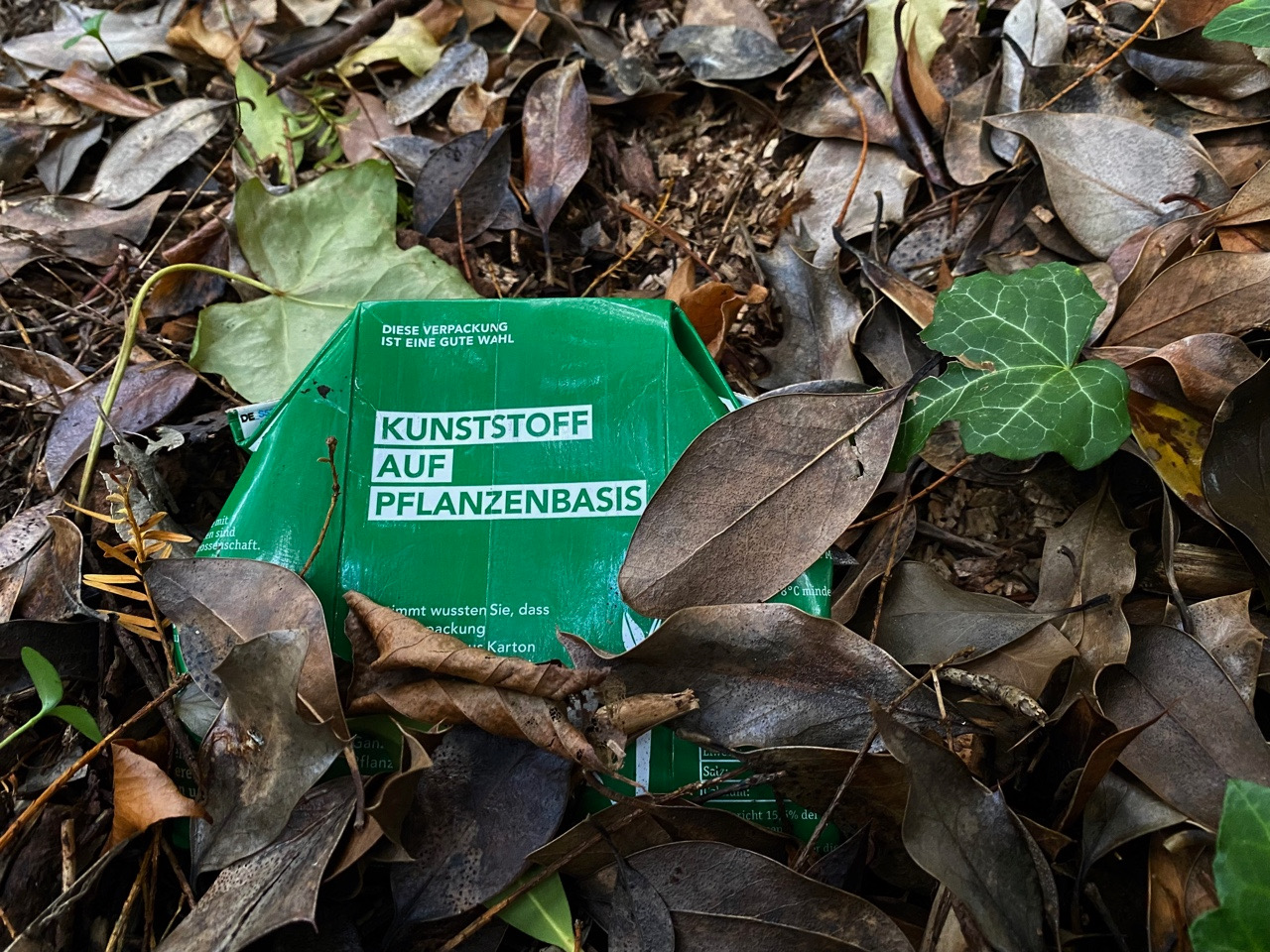 Plastic has been polluting our oceans for years. From fishing nets to plastic bottles to straws – plastic in all its forms and variations is floating in the waters between Bremerhaven, Hawaii and Hong Kong. In other words: Everywhere.

But the image problem of plastic is not only based on its destructive end of life, but also on its origin. Conventional plastic is made from crude oil and is therefore not exactly climate-friendly. Now there are supposed to be new solutions, which the industry is already happily embracing: Bio-plastics that come with a green promise. But what’s really up with this plastic – sustainable alternative or just another organic lie?

The term itself already causes some confusion. Because ‘bio’ is not always organic and can mean both that the plastic is made from biological resources or that the end product itself is biodegradable.

Numerous companies are already advertising that they offer such bioplastics. Coca Cola is designing the PlantBottle, Pepsi together with Nestlé and Danone the NaturAll Bottle, LEGO wants to convert its entire range to bioplastics in a few years, and even at IKEA customers can increasingly switch to this “sustainable” version.

“Biodegradable” plastics are advertised as dissolving without leaving any residue. They can be made from both plant-based raw materials or mineral oil. However, it is largely unknown that the elaborately produced material can hardly decompose beyond laboratory conditions. Bioplastics hardly compost in the natural environment or in household compost, and even in the context of industrial composting, residues of plastics that have not completely decomposed lead to problems. Packaging made of biodegradable plastic therefore belongs in the (German) yellow bin, just like any other plastic. The misconception that bioplastics will break down lulls consumers into a false sense of security and, in the worst case, could even lead to a proliferation of carelessly dumped plastic in our environment. Ultimately, this creates incentives to hold onto the current throw-away society.

Even if bioplastics could be composted without any problems – as promised by the industry – this would be done at the expense of an immense use of energy and resources. And that, in the end, for a very short usage of a couple of minutes. Because these plastics usually only have a short lifespan and, thanks to their chemical composition, are brittle and not recyclable. Reusable products are the sustainable alternative here.

The second category of bioplastics are bio-based plastics. Bio-based means that they are at least partially obtained from biological resources. These come from various plants such as sugar beet, sugar cane or corn, from wood or even from waste and residues. Most of the time, this plastic in its final form is chemically identical to its petroleum-based relatives and only differs in the starting material. This allows many of these bioplastics to be recycled after use.

At first glance this appears to be a step in the right direction – away from the fossil fuel age and towards renewable alternatives. But here, again, there are legitimate doubts as to whether bioplastics are the proper development.

In many cases, the raw materials for these plastics come from the global south, from intensive industrial agriculture with questionable sustainability. This requires a lot of land, water and agrochemicals. Apart from the fact that this cultivation of crops for bioplastics could compete with food production, soil erosion, groundwater pollution by pesticides and the loss of biodiversity are just some of the devastating ecological consequences. Ultimately, the bill is paid by the local people.

Especially in Brazil, where Braskem, one of the largest bioplastics producers in the world, is located, the industrial monocultures of sugar cane plantations already cover the land.

Most of the companies that currently work with bioplastics source their products from Braskem. This includes Coca Cola, Tetra Pak and Lego. They usually refer to sustainability certificates to legitimise the origin and manufacture of their products. However, as in the timber industry or fisheries, these labels cannot be relied on.

Despite extensive advertising for the “green” plastic, the corporations themselves seem to have doubts about the credibility of their environmental promises and reacted with unusual restraint to direct questions on the subject. In a market survey, denkhausbremen tried to get a picture of the state of bioplastic usage on the German market. The response, however, was surprisingly low. Even Coca Cola and Pepsi reacted extremely tight-lipped, although once can very well come across marketing lyrics about green bioplastics on their company websites. Edeka and Otto, on the other hand, expressed concerns about biological plastics and consumer and retail giants such as Unilever, Mars or Rewe have so far kept their distance from bioplastics.

Thus, it is no secret that green plastic is not so green after all. At the end of the day, it comes down to saving resources and rethinking our obsolete economic and consumption patterns. A system designed for constant growth and waste can hardly be sustainable: circular economy and cascade use, reduction and recycling are the direction that the plastics industry should adopt as well.