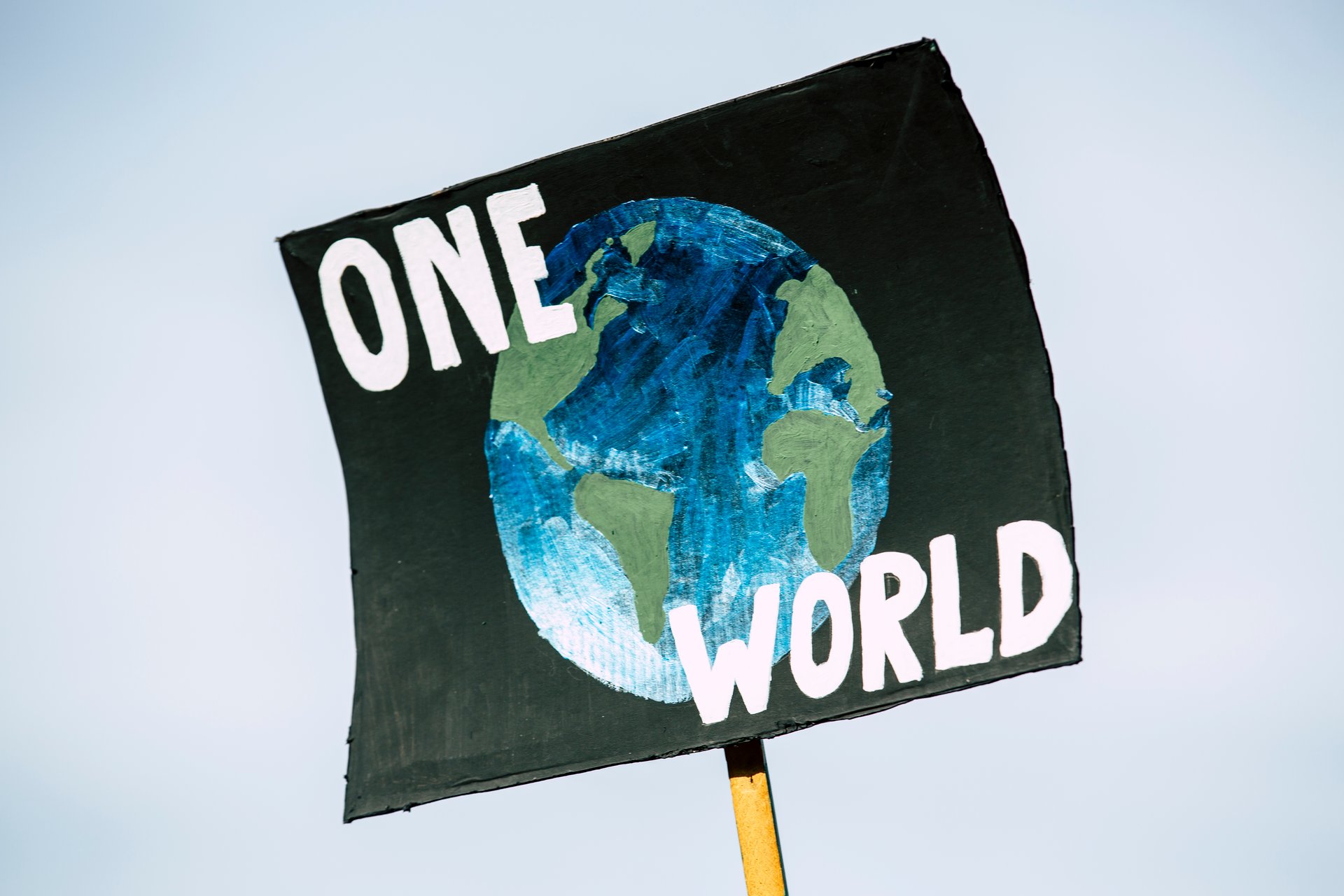 By Jana Otten and Peter Gerhardt

At times of aggravating global crises, new answers are required. The international community is increasingly divided into rich and poor, environmental degradation – including the loss of biodiversity – is accelerating and the earth is heating up further. The so-called “European Green Deal” provides an answer to the climate crisis – at least as far as the pompous promise of the EU Commission can be trusted. However, does this European Green Deal really give us reason to heave a sigh of relief? Are the vociferous calls of the climate movement and climate science for a  reduction in emissions finally being translated into political concepts? And what role does the bioeconomy play, which envisions an ecological-social transformation of the economy, too?

About nine months ago, on December 11, 2019, the European Green Deal was presented in big words in Brussels. EU Commission chief Ursula von der Leyen was bursting with superlatives and spoke of a historic moment equal to the moon landing. The climate crisis could be fought, prosperity secured and jobs created, she said at the time. That still sounds almost too good to be true, because the recommendations of the United Nations Intergovernmental Panel on Climate Change (IPCC) to initiate “rapid, far-reaching and unprecedented changes in all areas of our society” have so far regularly been rejected by the politically powerful.

Now, the European Green Deal can be understood as a rough roadmap for the coming decades, outlining the most important measures on the path to a sustainable future. At its core is the promise to make Europe the first climate-neutral continent by 2050. To achieve this, there shouldn’t be a stone left standing and the entire EU economy is to be reshaped, more circular and geared towards sustainability. There is talk of “profound changes” [1] in the areas of energy, industry, construction, transport, food and agriculture. Unfortunately, the European Green Deal is silent on how this is to work in detail.

The promise of a fair and prosperous European society that will leave no one behind seems far removed from reality. The population groups, businesses and regions most likely to be affected by structural and climate change are to be supported financially and with “green” jobs. This sounds like a mockery to the many EU citizens who live on the margins of society. After all, one in five people in the EU is currently affected by social exclusion and poverty, and this has hardly changed in the last ten years [2].

Subsequently, some of the measures announced in the European Green Deal have been specified in legislation or strategies. The European climate law makes it mandatory for the EU to halve greenhouse gas emissions by 2030 compared to 1990 levels and to approach zero by the middle of the century. However, environmental organisations reacted with disillusionment: on the one hand, the climate law lacked concrete measures and interim targets. On the other hand, a reduction of greenhouse gas emissions of at least 65% by 2030 would have been necessary to reach the global 1.5 degree target and thus halt climate change. With those higher targets, as one of the richest regions and a major emitter of greenhouse gases, Europe would have lived up to its global responsibility. According to the NGOs, climate protection has once again been put on the back burner.

About a year before the publication of the European Green Deal, the EU Commission already put another vision of the future on the table: the European Bioeconomy Strategy. In it, the Commission outlined a future circular economy fed by renewable raw materials and promising a good life for all. The Green Deal also makes explicit reference to the bioeconomy, for example when it comes to the circular economy, the recycling of food waste or thematic priorities of the EU’s Horizon Europe research programme. Forestry is also brought into focus. Accordingly, afforestation, protection and restoration of forests are to advance climate protection and promote a bioeconomy within ecological limits. A fair amount of scepticism is called for here as to whether this will actually be achieved and whether the lobby of the industrial forestry sector will not once again put the brakes on the necessary forest conversion.

However, pretty terms such as ” green” and “organic” will not be sufficient for a socially just and ecologically sustainable future. Both the European Green Deal and the bioeconomy strategy remain contradictory and do not address fundamental undesirable developments in our economy:

For example, it has hardly been clarified where the raw materials for the economy of the future should come from. This concerns both biomass for a future bioeconomy and raw materials such as cobalt, lithium, silver or steel for the digital transformation or climate-neutral technologies. Europe has so far tacitly priced in the fact that the Global South will continue to supply us with the necessary resources. This would also perpetuate colonial structures, human rights violations and environmental destruction.

In any case, there are numerous unresolved land conflicts. The Biodiversity Strategy published in connection with the European Green Deal, for example, stipulates that at least 30 % of Europe’s land area should be under protection by 2030. This contrasts with the land demands of the bioeconomy, for which consequently less potential forest and arable land is available to produce biomass.

The EU continues to remain silent on the fact that European consumption needs to be scaled down significantly if we take the ecological limits of our planet seriously. According to a study published by the Global Footprint Network and WWF, we would currently need 2.8 planets if all people worldwide were to live at the high consumption levels of EU citizens. Unfortunately, the EU Commission does not dare to tackle the controversial issue of sufficiency, relying instead on market instruments such as CO2 pricing or labelling of sustainable products. As the past has shown, however, these have so far been unable to satisfy our ravenous appetite for consumption.

Whether it is the European Green Deal or the EU Bioeconomy Strategy, both are little more than vague promises of a sustainable future. If these concepts are to be more than eco-tranquillisers, then European politicians should finally realise that a sprinkle of green rhetoric will not be enough. As long as agribusiness, the car lobby and energy giants set the pace for agricultural or industrial policy, it is worth taking to the streets for a better future. Nonetheless, the real achievement of the European Green Deal is the recognition that we are running up against the wall with business as usual. So far, however, these are just warm words that need to be followed by concrete action – fast.